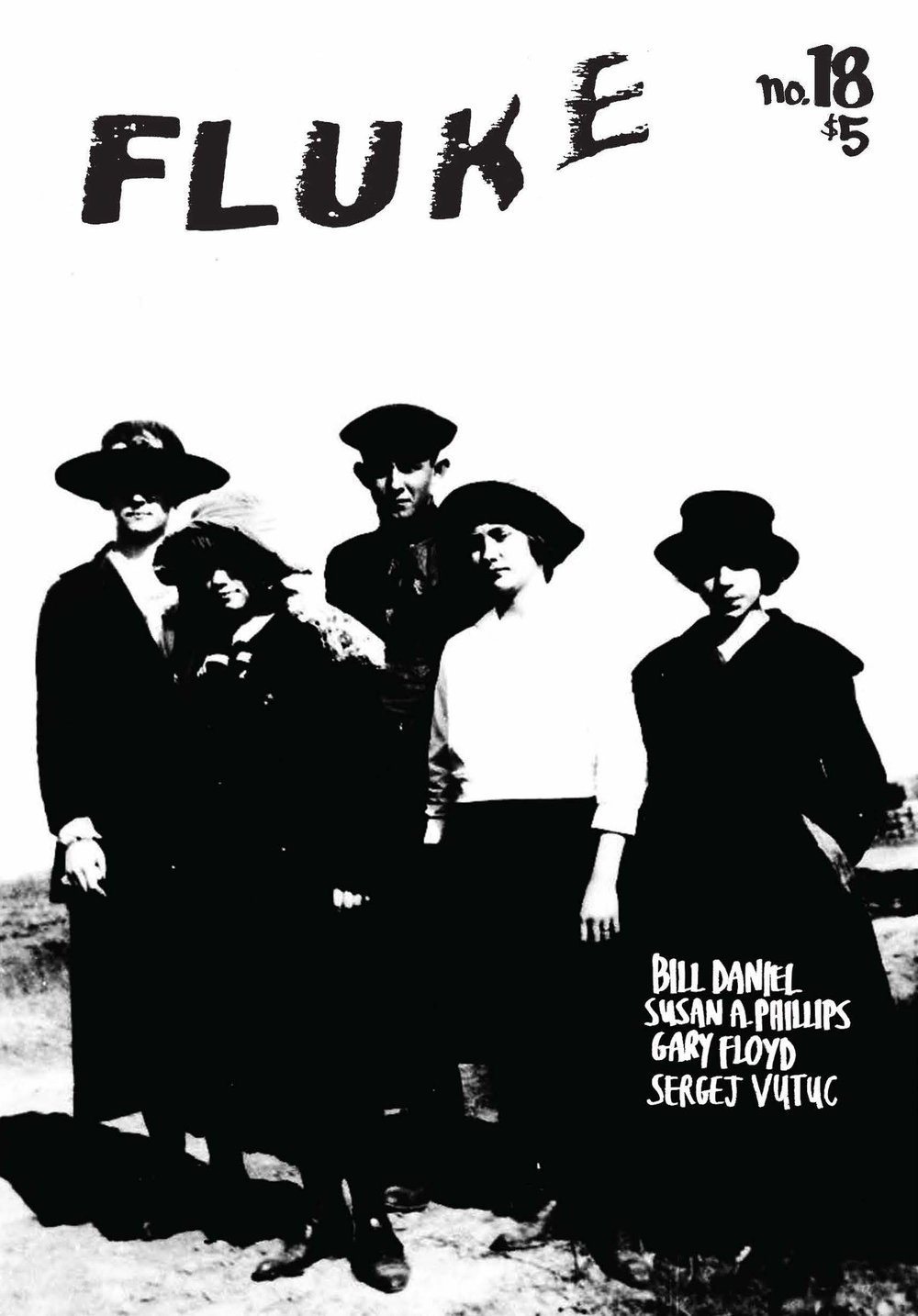 This issue focuses on outsider art and culture.

We caught up with filmmaker, photographer and cinematographer Bill Daniel—creator of the experimental documentary film Who is Bozo Texino?—and talked about zines, Aaron Cometbus and Bill's train-hopping adventures that eventually led to discovering the moniker writers of the US railways system.

Susan A. Phillips of Pitzer College and author of The City Beneath: A Century of Los Angeles Graffiti has been researching graffiti since 1990. Susan shares with us her vast knowledge and discoveries, including graffiti dating back to the early 20th century by legendary hobo A-No. 1.

We welcome back Gary Floyd (Dicks, Sister Double Happiness), who was featured in Fluke 15 in 2018. I had two friends submit interviews with Gary, this is the second one. Gary talks about growing up in Gurdon, Arkansas, moving to Austin and forming the Dicks, and touring with Nirvana with Sister Double Happiness.

Sergej Vutuc—photographer, zine maker, skateboarder and musician now based in Paris, France—contributes his skateboarding photographs that are like none other.

buZ blurr of Colossus of Roads fame writes about connecting with Bill Daniel in the early '90s, during Bill's search for Bozo Texino. buZ also contributed art for this issue.

Linda Kite writes about her relationship with D Boon (Minutemen) and the Desolation Center shows around Los Angeles in the early to mid '80s.

Also in this issue you'll find more art and photographs as well as writings about skateboarding, music, art and friendship. It is my hope that this issue will inspire you to keep searching, keep creating and keep living through these troubled times.