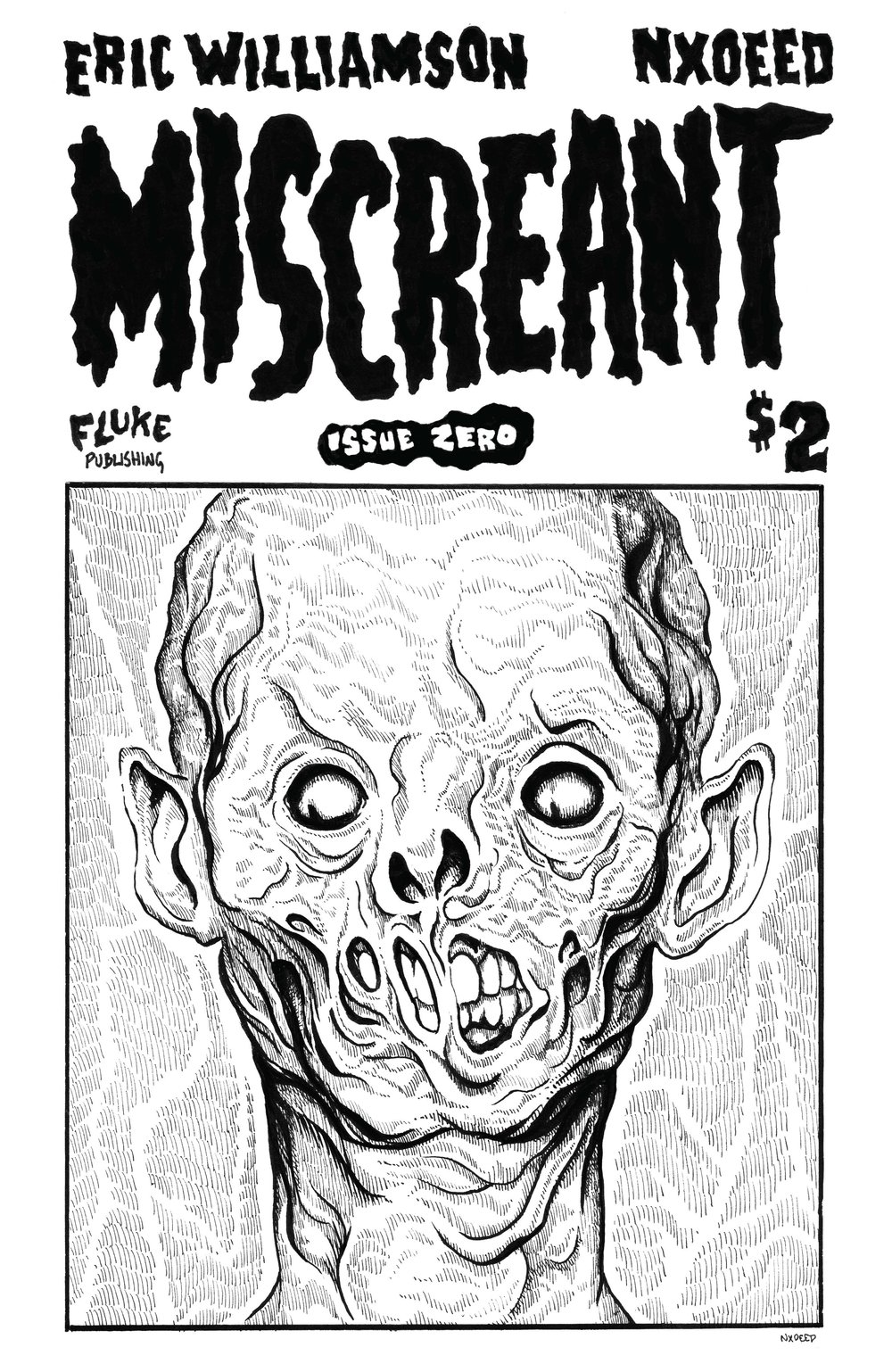 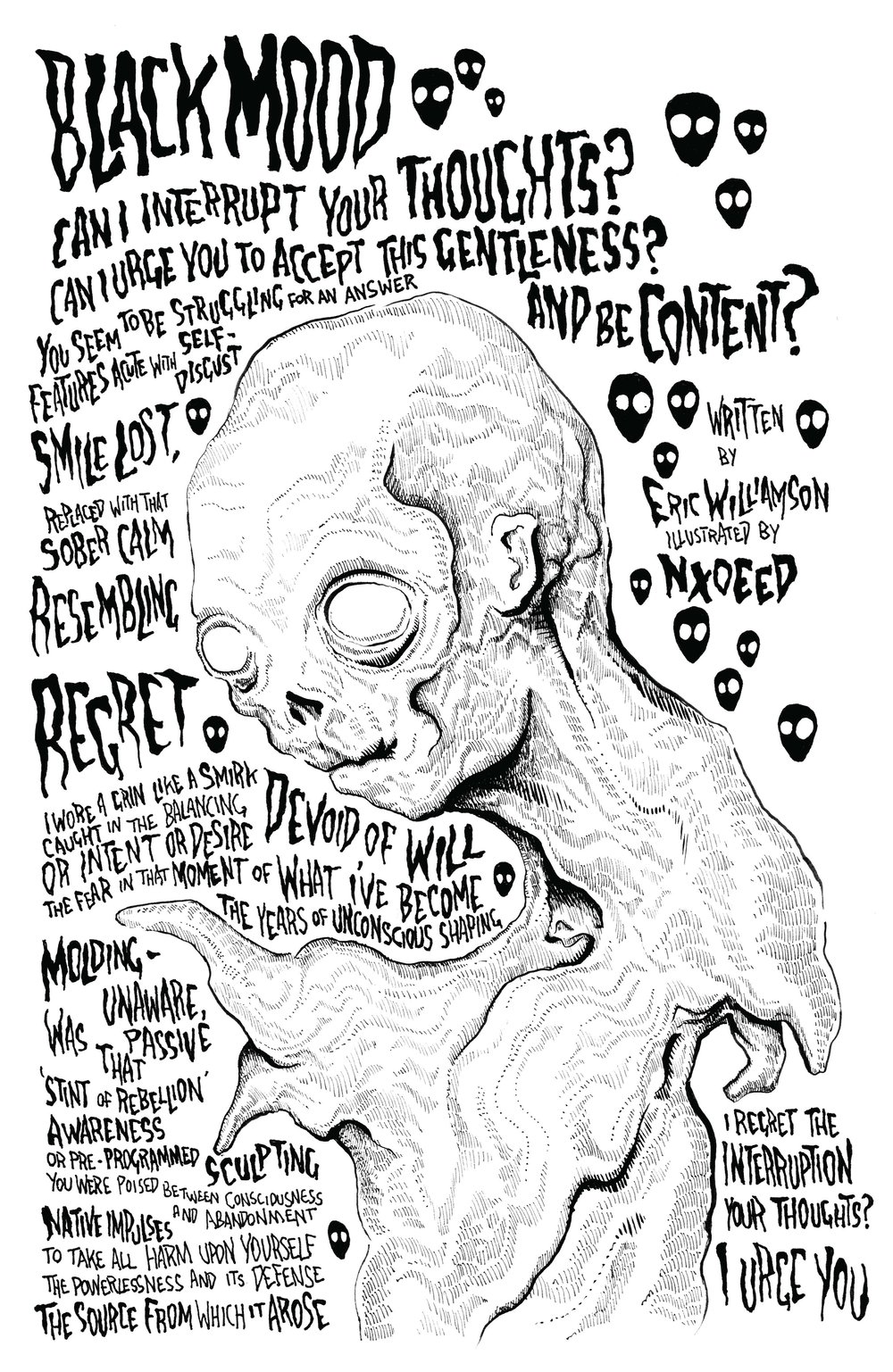 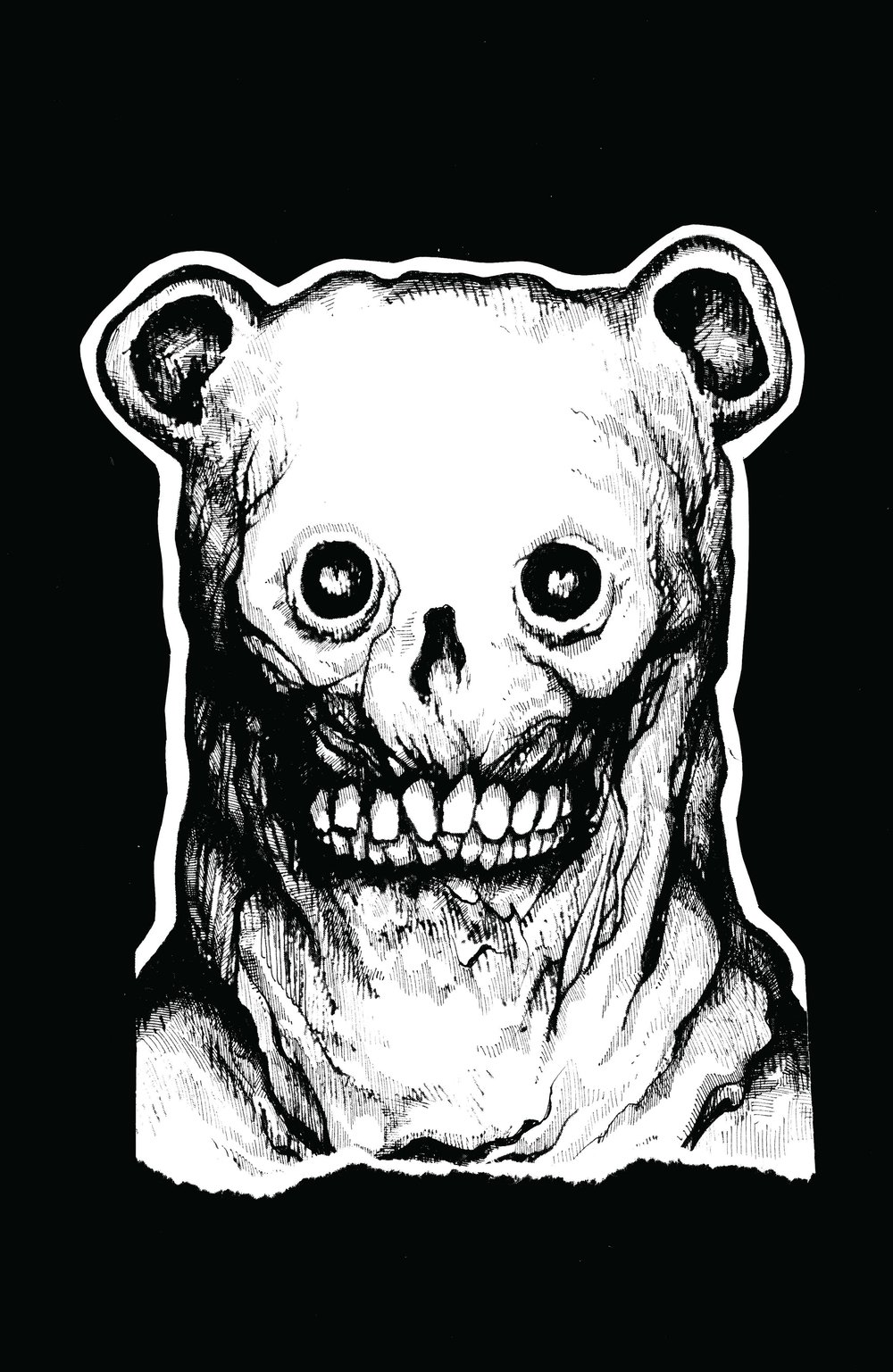 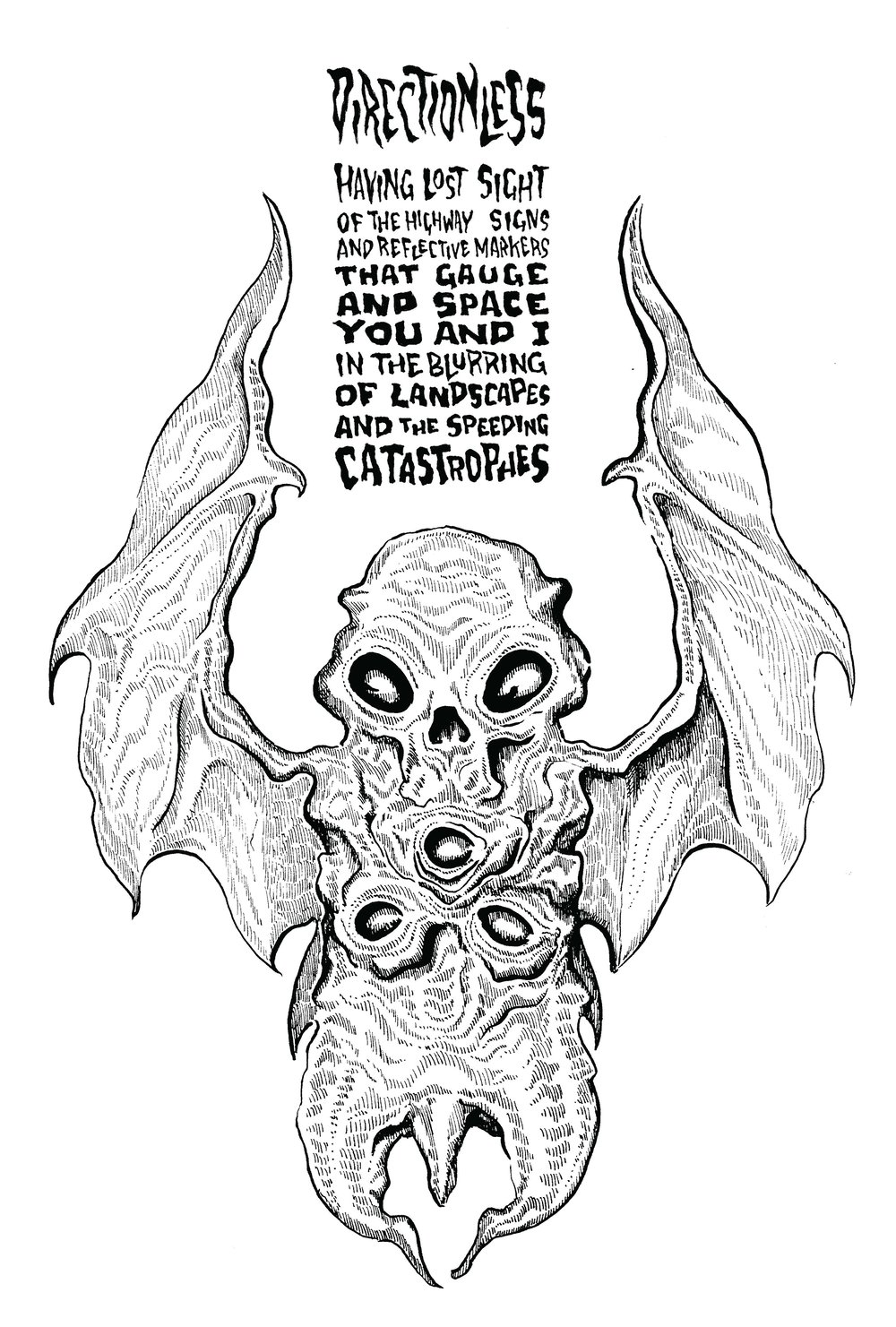 Writer Eric Williamson and visual artist NXOEED were fifth graders when they met in 1983. Both fans of comic books, they began collaborating on superhero and sci-fi stories that were eventually collected and printed with the help of a copy machine in their neighborhood supermarket. Though they didn’t know it at the time, they had self-published their first zine.

The two reconnected at an art show in the fall of 2021, after decades of virtually no contact. The conversation picked up where it had left off all those years ago. It was suggested that they begin collaborating again, maybe on a new version of the old zine. Several weeks later, they were back to work.

Miscreant Issue Zero is a preview of a much larger publication still to come. What started at the kitchen table after school continues 40 years later at an art studio and a home office.