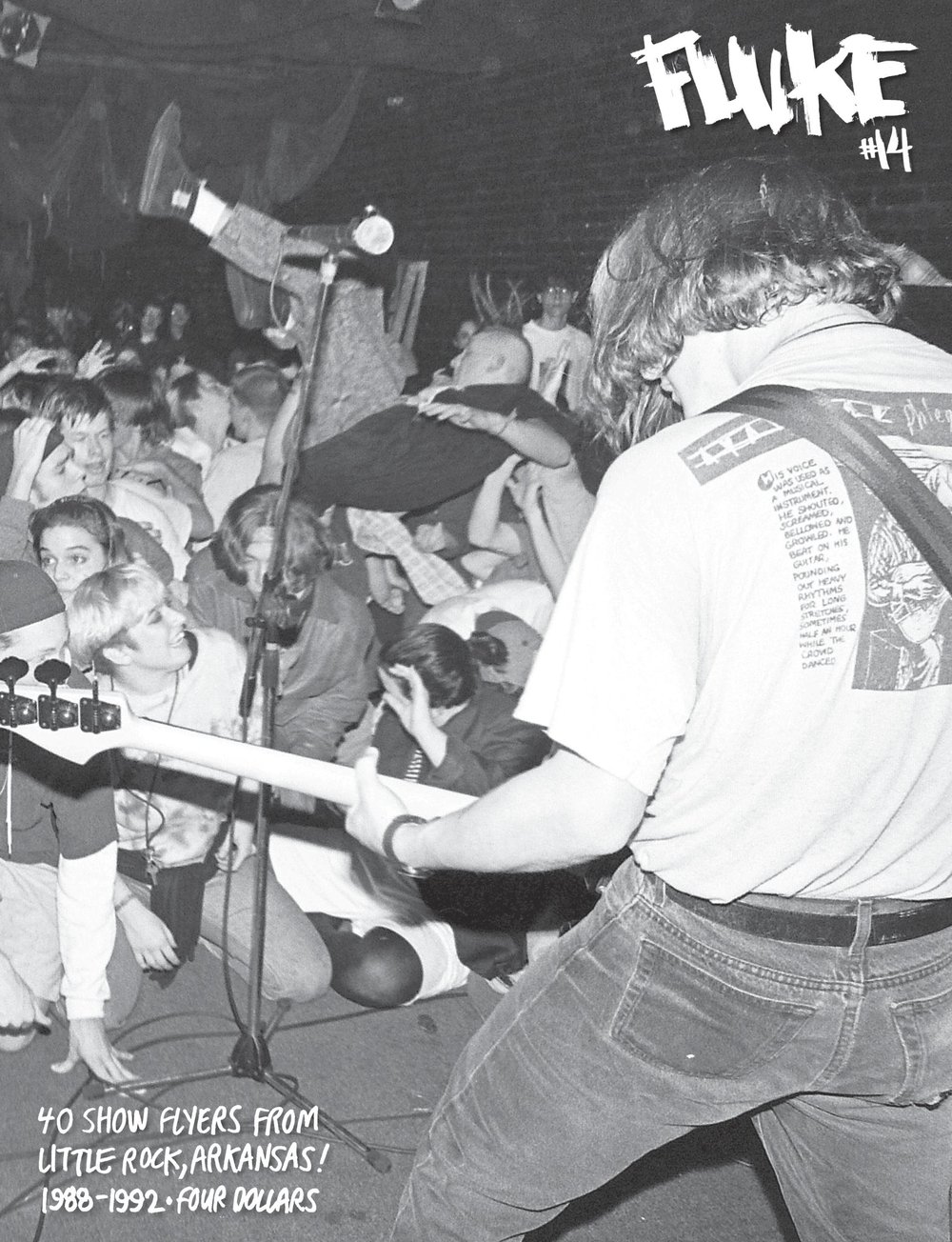 On February 13th, 1986 Black Flag played the first ever punk show in Little Rock, Arkansas. Although it was 21 and over, some local teenagers managed to get in. Prior to this, there wasn’t much of a punk scene in Little Rock. Undoubtedly, this night sparked a movement and word quickly spread throughout high schools in the greater Little Rock area.

The following year, a short-lived venue called the Annex was opened by local punk Rob O, who saw Black Flag. Meat Puppets played the Annex, which proved to be its most successful show before the venue closed its doors. In that same year, Tim Lamb, also in attendance for the Black Flag show, started Lighten Up! fanzine, which covered the nascent local scene as well as bands outside of Arkansas. Lighten Up! gained national attention and played an influential role in the formative years of the Little Rock punk scene.

In 1988, the art gallery Urbi et Orbi opened on the corner of 7th and Chester in downtown Little Rock. The venue switched hands (and names) a number of times until finally it settled into a pizzeria called Vino’s. With the restaurant built in the front, Vino’s kept the performance space for bands in the back. Most of the employees were in the bands that would play shows at Vino’s. James Brady, who formed Trusty with Bobby Matthews, Paul Bowling and Bircho, was one of these employees. James had access to the show calendar so when touring bands such as Fugazi and Green Day were booked, James would simply add “Trusty” to the bill. He and Bobby would create the flyers and Colette Tucker would drive around town, stapling them to telephone poles. The best part is these were all-ages shows.

Teenagers from many different schools converged to find one another and, in turn, found themselves. A scene was born and the movement exploded. Here you will find 40 show flyers from 1988 through 1992, from that old brick building on a corner of small town America. Build it and they will come.