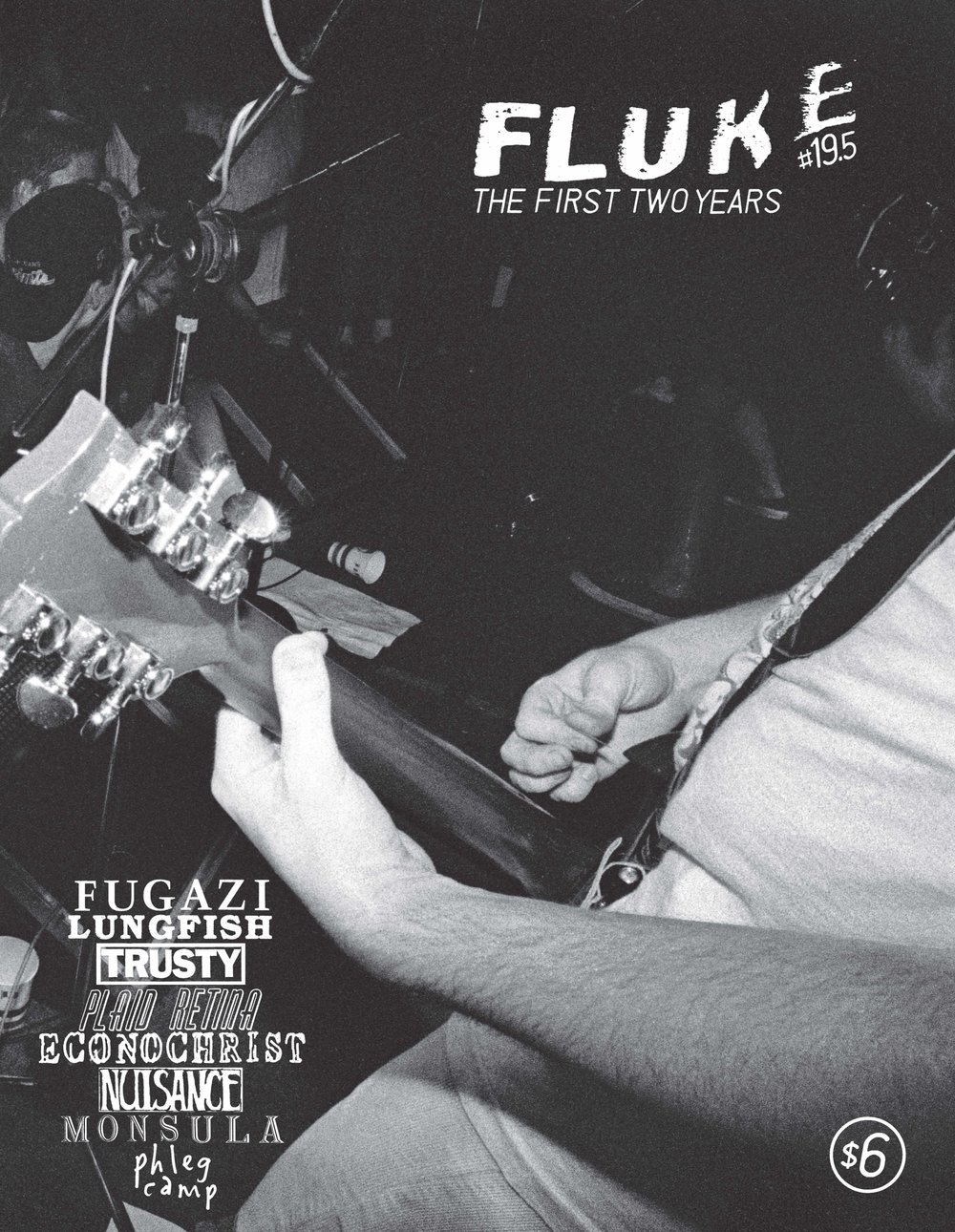 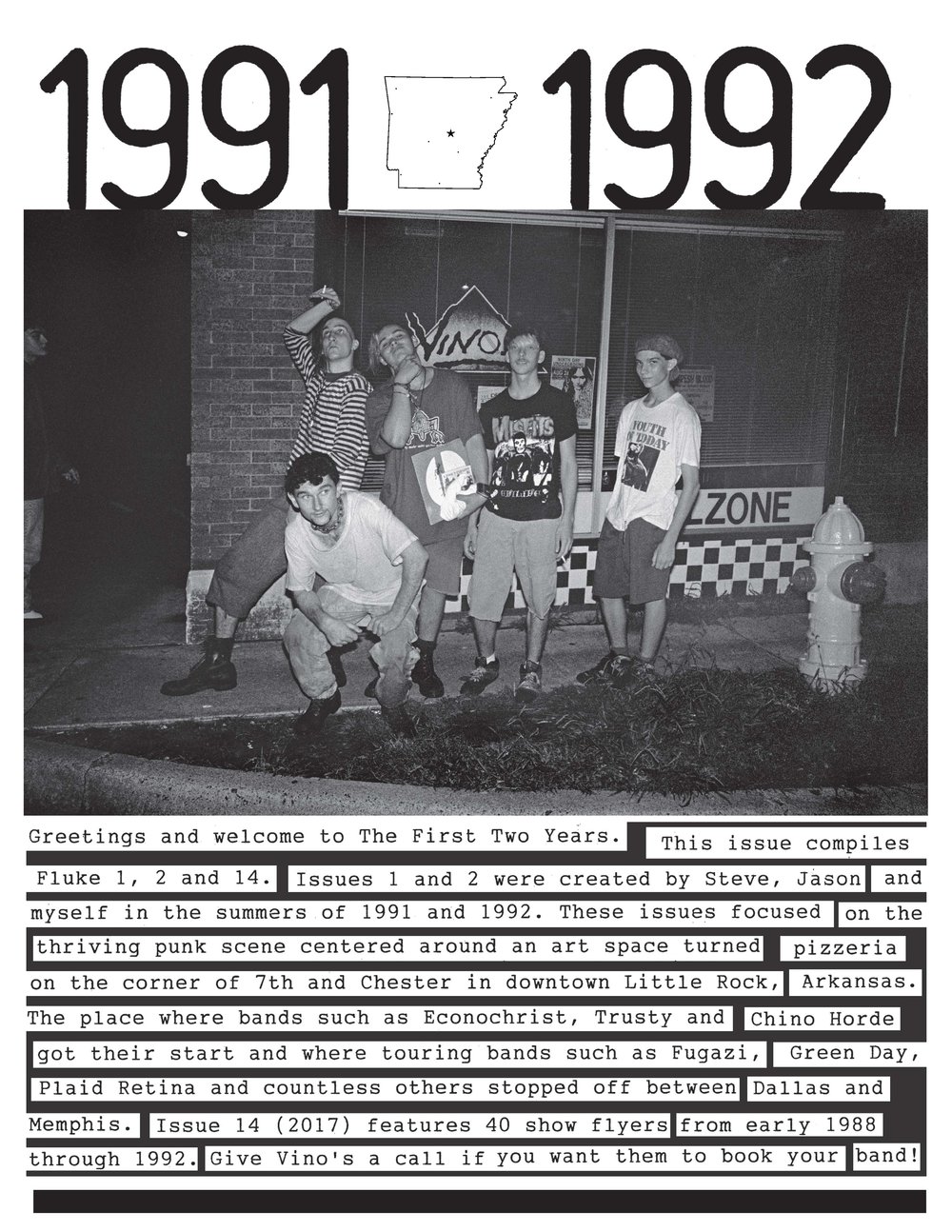 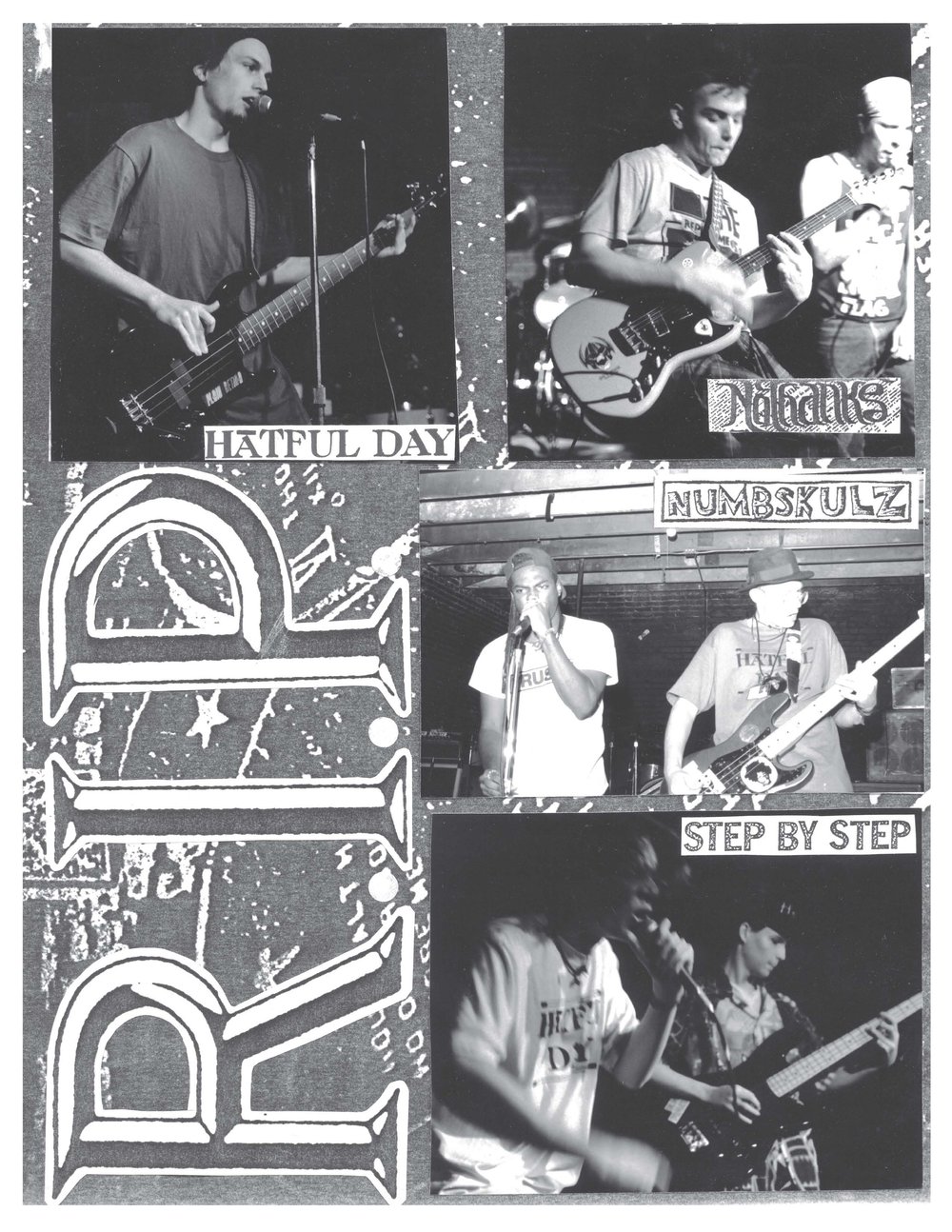 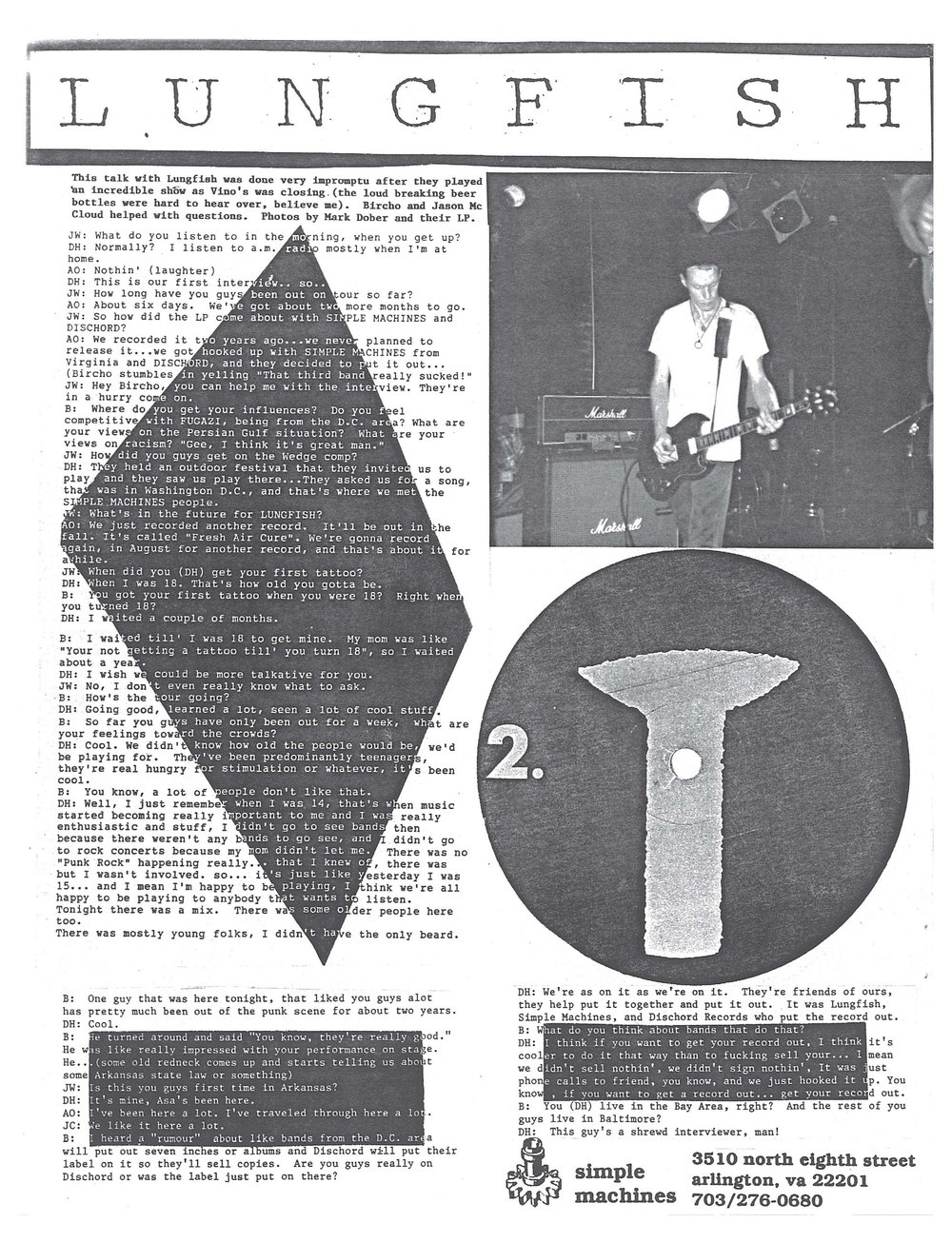 In 1990 in Little Rock, Arkansas, local punk Steve Schmidt set out to be in a band (Chino Horde), host a punk rock radio show on KABF (Adios Amerika) and publish a fanzine (Plaid). While Chino Horde and Adios Amerika achieved greatness in Little Rock and abroad, Plaid never saw issue 1.

A year later, Jason White and Matthew Thompson stepped in to collaborate with Schmidt on Fluke issue 1, picking up where he left off with Plaid. Steve had interviews with Fugazi and Plaid Retina in the can, Jason interviewed Tim Lamb (of legendary '80s Little Rock punk fanzine Lighten Up) and Matthew submitted a few writings. They wrote dozens of punk and hip hop record reviews, shot photographs and sought contributors around town. There's content addressing the societal pressures of the Bible Belt onto the youth—military recruiters to religious crusaders and anti-abortionists. While not at shows or skateboarding, the three high school friends created the design and layout at Kinko's in North Little Rock, where local punk and friend Colin Brooks worked. With a very nice "deal" on copies, Fluke 1 was born.

As things progressed, Steve and Jason channeled their energy into Chino Horde while Matthew continued publishing Fluke. Issue 14 (2017) contains 40 show flyers from 1988-1992, all from the one punk club in town. The early '90s Little Rock scene was centered around these shows, with local sweethearts Trusty as the driving force. The show flyers are the centerpiece here, completing Fluke 19.5: The First Two Years.

(Regarding the shipping price for those not in the US: I will happily reimburse any difference after determining the cost)